The Fear Triangle: How do I Leverage Fear Rather than Avoid It?

February 28, 2022 by Rich Austin in Self Development 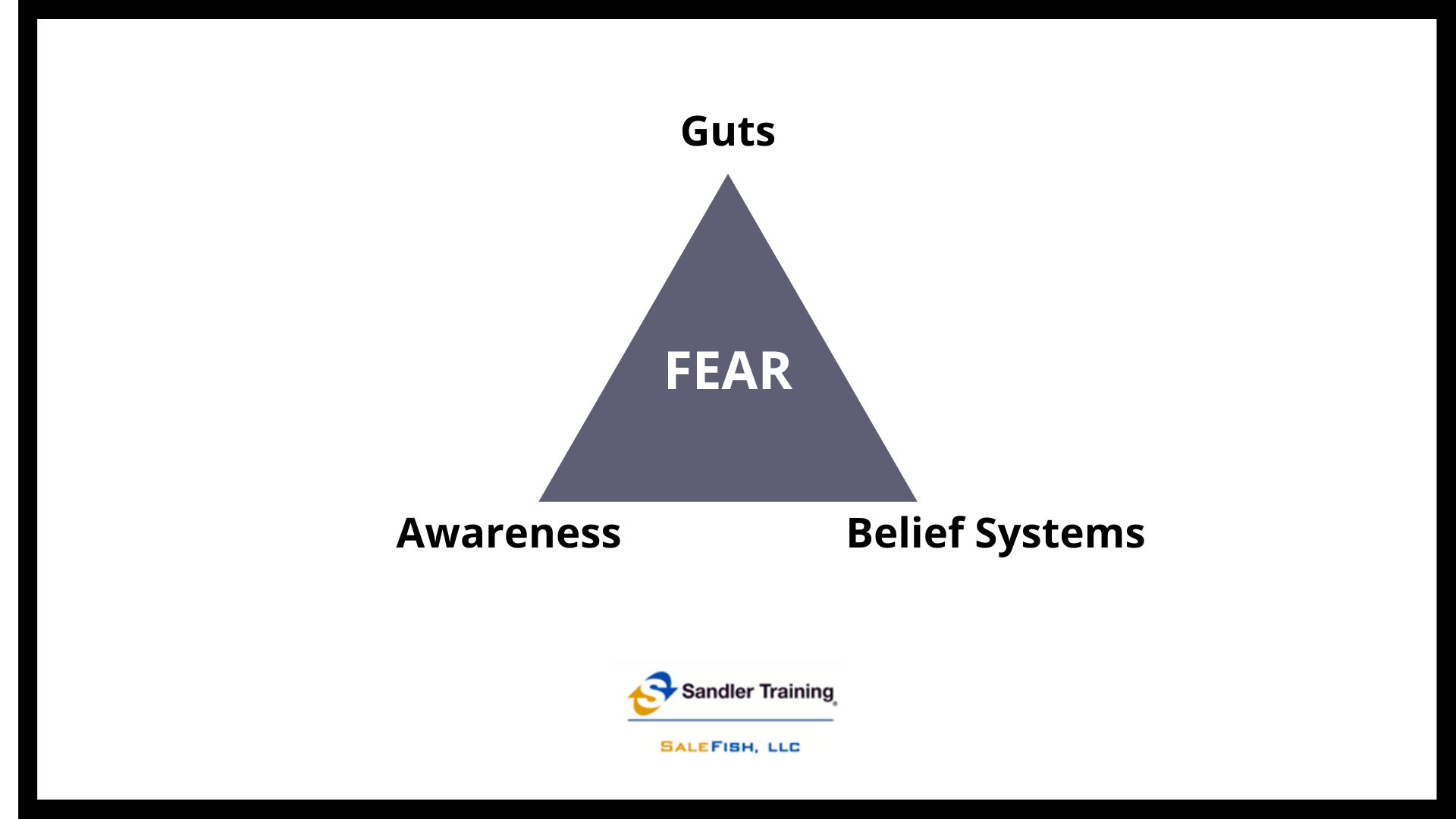 “How do I leverage fear, as opposed to avoid it?”

Far too often we allow fear to become an anchor tied around our feet that prevents us from aligning our actions with our desires. One lesson learned: We cannot eliminate fear, but we can manage it.

What is your level of awareness around fear?

What is your level of awareness around your personal deficiencies?

When you identify an awareness around a deficiency, you simultaneously admit that deficiency X could be better.

This is good! We call this exercise Humility. Practicing humility and dissolving the Ego means you’ve put yourself in a position to be open to learning new methods. One cannot take steps forward if they haven’t admitted there is a problem.

Tread carefully, however! Reality strikes soon after when we realize the effort needed to combat the deficiency isn’t going to be minimal; it will take momentous energy and effort to build new habits around deficiency X, so as comfort-seeking creatures we sweep it under the rug hoping for better days.

Build an awareness around the things you’re afraid of and take inventory of what life would look like without that paralyzing emotion. This is a strong first step, but it is not enough.

Once we’ve come to grips with our Awareness of fear, the next step is to inventory whether we can summon the Guts to take action. Complete this sentence: At this point in my life, it is no longer acceptable to tolerate __X__. Your job is to solve for X.

What’s more terrifying than adopting a new mode of behavior? Allowing fear to dictate your every move. For you, X might be: “Wimping out in a critical moment”, or “Not addressing conflict head-on”, or “Shying away from difficult situations”. To leverage fear, we must create a trap encourage guts.

Example: I’m competent, but don’t speak up in meetings and never share my true thoughts
Guts Needed: Say my piece, regardless of people’s thoughts or judgments
Trap: “I’m going to make a suggestion that I believe will be impactful. I could be off base, and if I am, I expect you to call me out.”

Setting expectations for your intentions with others becomes much easier when you give them permission to object. Stating your thoughts with conviction lets the other party know you’ve thought through your idea and it isn’t something you’ve hastily thrown together. Rejection, if it happens, is rejection of an idea, not of you. We must own that notion and when we do, we find ourselves acting gutsy regardless of the consequences with more wins than losses.

A belief system is nothing more than thoughts you’ve thought, over and over again. If we accept this principle, it means that we are responsible for the limitations we put on ourselves.

In the example above, the negative belief drove the results, and the results reinforced the belief. It is human nature to prove oneself right, even if being “right” doesn’t support what we ultimately want. “At least I’m right.”, we might justify. Whether its prospecting, math, change, diet or exercise that you believe is “awful”, your belief about the thing will drive your results about the thing.

Belief- Prospecting is the conduit to growth
Attitude- I’ll do it because it will grow my business
Action- Because it grows my business, I’ll do it as much as possible
Result- I’ve crushed quota

The next time you are assessing your fear quotient, ask “What long held beliefs do I need to change in order to change my result?” “If I believe the opposite of what typically think, how would that impact my results?” Cementing new beliefs to support the results you crave is the most efficient way impact change, and leverage fear.

Connect with Rich on LinkedIn Here

Set a Discovery Call with SaleFish

Rich is the Vice President of the West Chester, PA SaleFish office. He is a sales leader and training specialist that helps clients exceed business, sales, and personal goals by modifying beliefs, behaviors, and skills to achieve new normals.
Share this article:

Maintaining Sales Motivation: Why Do You Work?

What motivates you to be the best salesperson?

The Power of Mindset